MC Carrier may roll out of Las Vegas, but they don’t gamble when it comes to reliability.

Since 2012, MC Carrier has earned the respect of more than 600 satisfied customers who count on the company to transport everything from dry van loads and refrigerated goods to heavy equipment and hazardous materials. It hauls cargo that absolutely, positively has to be there as scheduled. And, according to MC Carrier President John Lupusor, “that’s why we rely so heavily on Kenworth.” 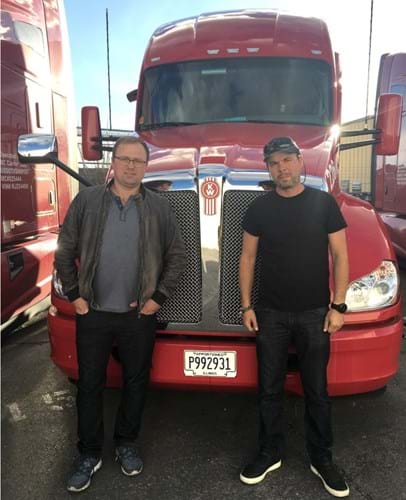 From left are MC Carrier President John Lupusor and business partner Cristian Margineanu with one of their Kenworth T680s.

The company’s recent order of 60 new T680s from Kenworth Sales Company – Las Vegas brings the MC Carrier fleet to 117 trucks. The company started with just two big trucks, driven by Lupusor and business partner Cristian Margineanu. Previously involved in the construction trade, a drop in housing starts and a slump in the local economy six years ago led the duo to look at the trucking industry as their new venture. As the business grew, they added more trucks and brought on many of their former construction employees to drive them. 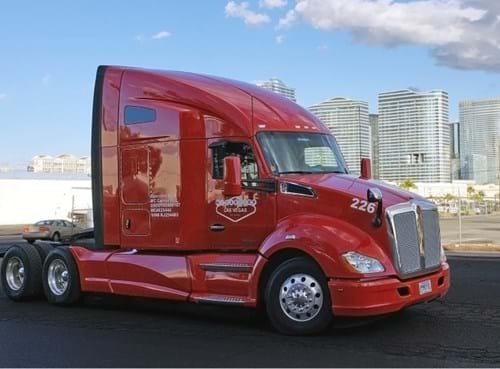 “Initially, we didn't know much about trucking other than it was a way to make a living,” said Lupusor. “Because of our work ethic, and the commitment of our employees, we knew whatever the job was, we had a great chance to succeed.”

The first trucks that Lupusor and Margineanu put on the road were purchased for as little upfront investment as possible. The used equipment may have seemed like a good deal at the time, but proved noisy and uncomfortable to operate. During a trip through the Midwest, Lupusor’s truck ended up on the side of the road. The company, to which he was contracted, offered a Kenworth truck as a temporary replacement so he could finish the delivery. Temporary wasn’t really temporary.

Seventy-thousand miles later, what impressed Lupusor the most was the smooth ride. “I didn’t get tired driving the truck,” he said. 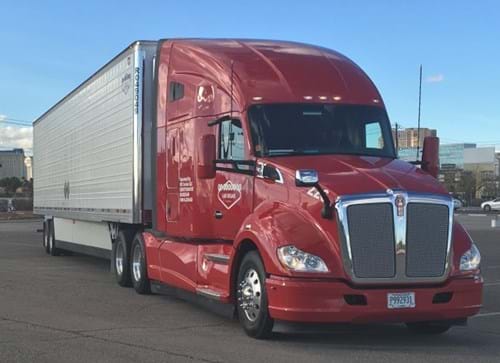 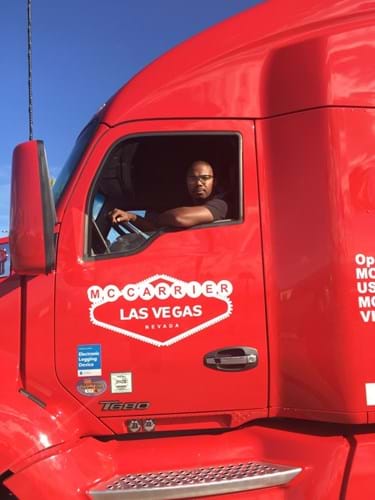 MC Carrier’s Christopher McDaniel (above and below) drives a Kenworth T680 equipped with many comfort features. 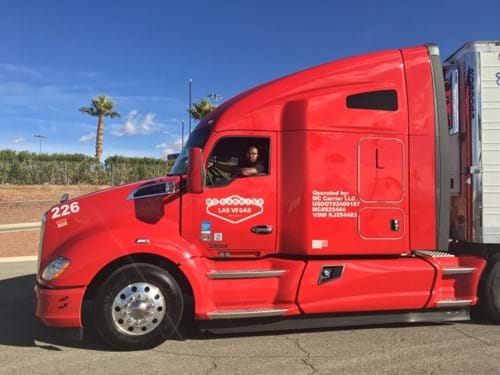 For a growing company, where the T680 really wins out is in driver satisfaction, Lupusor noted. With the driver in mind, each of the fleet’s T680s are equipped with extendable TV wall mount, 1,800-watt power inverter and 120-volt outlets, large capacity drawer-style refrigerator/freezer, upper storage unit that includes a tie-down to accommodate a microwave, and a work table that swivels for easy access from bunk or passenger seat. 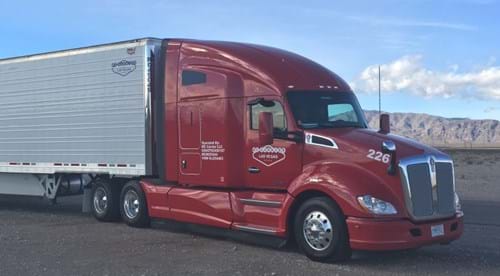 “We cater to our drivers and give them the best equipment,” Lupusor said. “They appreciate every little thing that you can provide so they can do their job more easily, and ultimately they perform better.”

The plan is to eventually upgrade to all Kenworths, so that they will have a uniform fleet. "It's easier for the drivers should they have to switch from one truck to another; and more convenient and cost effective for our mechanics to only work on one product,” said Lupusor. 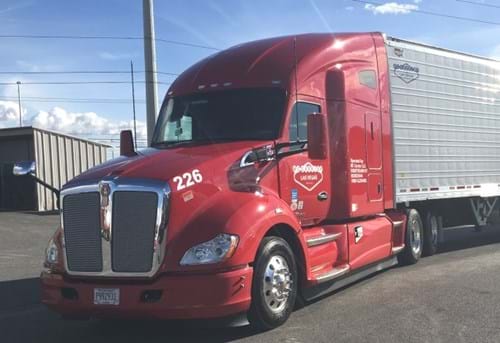 Every load is important, but some are more pressing than others. When MC Carrier is hauling packages for Amazon from the e-commerce giant’s Las Vegas warehouse to fulfillment centers in Nevada, Utah, California and Arizona, they are given specific pickup and delivery schedules. It doesn't matter if a driver misses a window by one minute or one hour ― late is late. Not hitting the mark can result in fewer trucks being requested or termination of the contract.

"We're confident in the performance of our Kenworth T680s. We know that they will do the job and make the pickup and delivery on time," Lupusor said.

Hazmat loads represent a similar need for dependability. “You can't be stopped along the highway where the freight might present a danger to the public,” Lupusor stressed. “Kenworth's demonstrated reputation for reliability provides us, and our drivers, the assurance that asset that there are minimal chances for mechanical failures.” 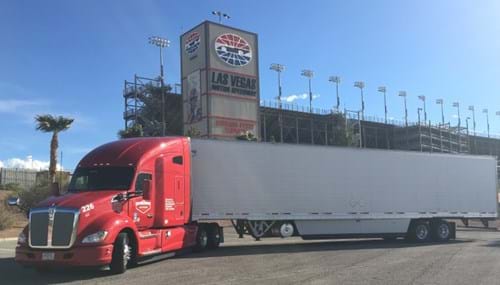 Working with A.J. Rowe at Kenworth Sales Company – Las Vegas, Lupusor and Margineanu were able to tour the Kenworth factory in Chillicothe, Ohio. They witnessed the build process involved in manufacturing a Kenworth T680 tractor. The pair were especially impressed with the precision that goes into assembling the cab structure. 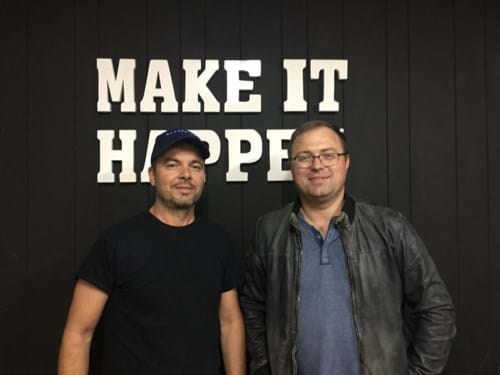 From left are Cristian Margineanu and John Lupusor of MC Carrier in Las Vegas.

“Kenworth really knows what they are doing,” Lupusor concluded. “Having trucks like the T680 is a big part of what makes our drivers and company successful. Kenworth provides the quality equipment that gives confidence to our drivers and customers."

Kenworth Truck Company is the manufacturer of The World’s Best® heavy and medium duty trucks. Kenworth's Internet home page is at www.kenworth.com. Kenworth is a PACCAR company.

Find a dealer nearest you